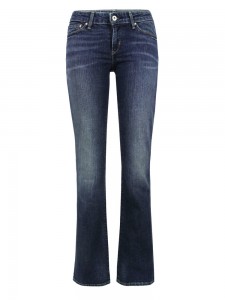 Bootcut jeans were all the rage in the early 2000s.

Around 2000, bootcut and slightly flared jeans became super popular because the wideness at the bottom of the pant leg created a nice hourglass figure, balancing out the hips.  It flattered both women who already had curves, and those who were trying to get some. 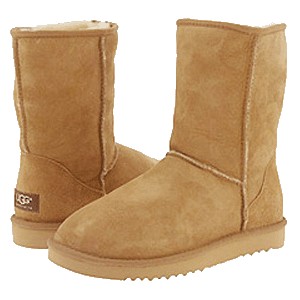 Uggs were first worn in America by west coast surfers.

In December 2003, NPR reported that the “must-have accessory” of the season was “a pair of Uggs… cloddish sheepskin boots from Australia first popular with surfers in the 1970s.  Now all of Hollywood seems to be wearing them.  And it’s not just a Southern California trend, either.  Retailers are selling out as far away as Toronto.”  NPR further suggests that Uggs, with their “flat soles and … shapeless, retro look” were a rebellious response to the pointy stilettos that were so popular in the early 2000s.  Indeed.  The appeal of any major fashion trend is that it is the anti-thesis of the prior trend.  Fashion is Freudian.

Now, look at the picture of the Uggs above.  Do you see how wide the calf section is?  Do you think it’s possible to wear your jeans over those boots?  Hell no.  You have to tuck your jeans into them.  And instead of relying on your bootcut jeans to create a curve, you use the width of the Ugg boot’s shaft to create the same bootcut jean’d effect, balancing out the hips and accentuating bodily concavities.

But, is it comfortable and fun to roll up that giant wad of thick jean fabric by your ankle and stuff it in a boot? Not on your life, missy.  In fact, the term “bootcut” refers to the fact that the calfs of the jeans are wide enough to fit over, not under, a boot shank (sure that’s a word). 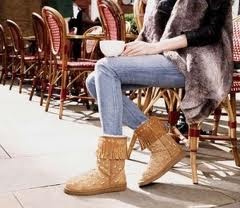 Skinny, rather than bootcut jeans, work best with Uggs.

It follows then that the rise of Uggs and Ugg-like boots makes the bootcut jean redundant, and skinny jeans and leggings become a more practical option for those who like to stick their pants into their Uggs. 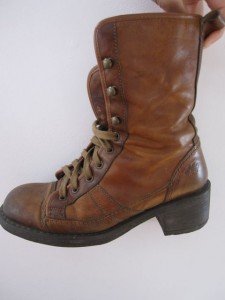 One of the writer's favorite boots, with "ice-skate" lacing and a sturdy, "machinist" feel.

Immediately following this development, beginning on the East Coast and spreading westward across the United States, the Ugg backlash comes on fast and furious, and soon on-trend women everywhere are opting for more sophisticated, less oppressively warm, everyday boots.

And so began the world’s love affair with boots in general, beyond the world of Uggs.  Boots that, as of today, we are still tucking our jeans into, which is rather awkward now that flared (but not bootcut) jeans are tentatively making their way back into the closets of fashion’s vanguard –for fashion trendology is both a series of reactions against prior trends and yet, mindlessly repetitive.

Of course, within the Das Boot Era, there have been shifts from one favored style of boot to another, which I will outline for you below:

2005-2007 Boots that go up to below the knee with pointed toes and stiletto heels. 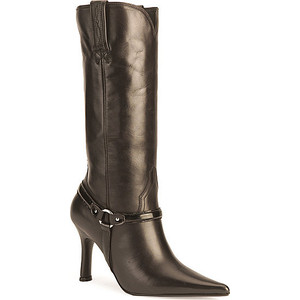 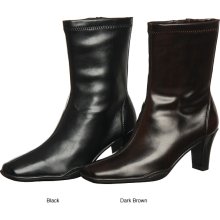 Ankle boots --for those occasions when you want your boots at half-mast.

Never could catch on because fake leather looks so bad and real leather is so expensive the price points were too high for shoppers of the New Economy to embrace. 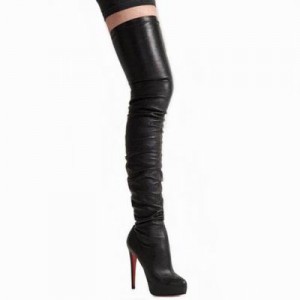 Over-the-knee boots were marketed as "the sexy boot" --what do you think?

2009-2010 Booties (a most disdainful term) which go below the ankle, but otherwise still resemble a boot. 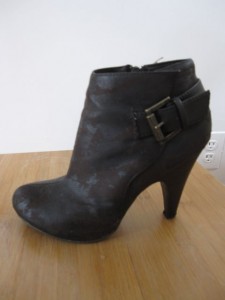 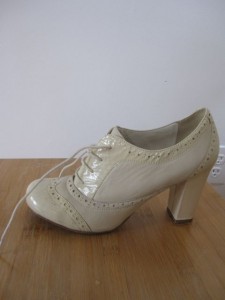 The author's Aldo oxford style booties, which were harder to incorporate into her wardrobe than she'd imagined.

Let us shed no more tears on this woeful blip in boot history. 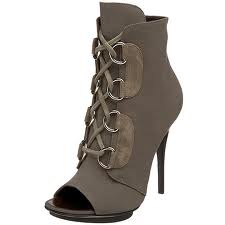 Open-toe boots. For when you want to lick the earth with your toes.

Death to the incredible platforms of the earlier Boot Era.  Death to the stiletto heels of 2005. Death to height! Now it is all about sensible stacked heels no more than 1.5″ in height and, for decoration, a couple of straps and buckles to adorn the calf area uselessly. 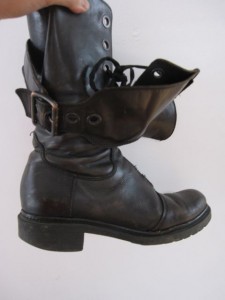 The author’s favorite boots, which used to turn heads in 2006 but now, in the midst of the buckle trend, seem all too common.

And so, Das Boot Era marches onward boldly into 2012!

Will its reign over Footlandia ever end?  My guess is yes, and moreover I would wager that its assassin will be none other than what first gave birth to it… the bootcut and flare styles of jeans.  Namely, as bootcut and flared jeans make a return into the mainstream fashion circuit, it will become impractical to wear bulky boots underneath these pants, so people will return to shaftless footwear, AKA shoes, once again.  Dun dun dun!!!

FILED UNDER: Style & Beauty, The Theory of Evolution of Boots | Permalink