A couple of years ago, the frozen yogurt world was rocked by scandal. Pinkberry was sued in a class-action for falsely describing its product as a frozen yogurt and for falsely calling itself “all natural.” The company settled, changed its ways, and put up its ingredient list for the public to see.  But ever since then, I’ve always been a little wary of Pinkberry and wondered if maybe I should switch to another provider for my froyo addiction.

The obvious replacement for Pinkberry is Red Mango.  Indeed, their rivalry spans across the country, from LA to NYC.  I decided to take a look at the ingredient lists for each company’s original flavored frozen yogurt to see which one is the healthier choice.  Here are my findings. 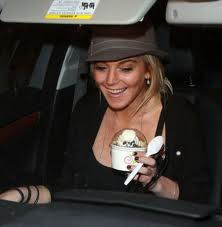 After weighing the pros and cons of each product, I dug deep into my foodie soul and realized that the winning product must be one that “Is what it says it is.”  There is something disingenuous and even potentially dangerous about a product that is artificially made to walk like a duck, quack like a duck, and legally qualify as a duck –but in reality is barely a duck.  Pinkberry might look and taste similar to frozen yogurt, but its main ingredients are milk and sugar, it uses food additives for flavor, and it contains weird ingredients like yogurt powder.  On the other hand, Red Mango’s main ingredients are frozen yogurt and water and has no taste additives.  Don’t get me wrong, it’s great that Pinkberry uses synthetic growth hormone-free milk, and I wish Red Mango would release a statement on what kind of milk it uses (60% of milk in the USA is hormone-free whether labeled or not), but on the whole it is clear to me that the superior product is: